A man who spent 30 years on death row - for a crime he didn't commit - reveals the healing power of holding on to love, justice, and hope, even in the darkest of times. 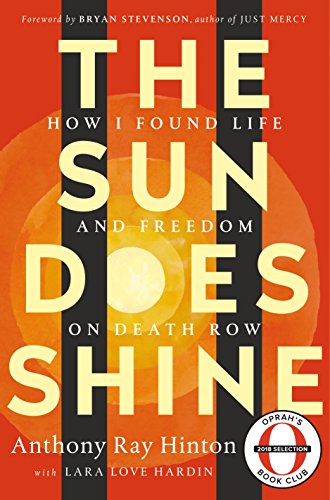 When Anthony Ray Hinton was just 29 years old, he was accused of a heinous crime: two counts of capital murder, connected to the robberies and abductions of a string of restaurant managers near his hometown in Alabama. Although a jury swiftly convicted him, Hinton was innocent. On the night the murders happened, he'd been working in a locked warehouse 15 miles away.

Hinton's alibi was airtight. And yet, as a poor Black man in the South, Hinton was up against an uncaring, unequal justice system that defied his humanity and his appeals for justice.

During the first three years of his time on death row, Hinton was acrimonious and silent, unable to accept the injustices that had been carried out against him. But then, something miraculous happened. In Hinton's account of his years on death row, his determination to survive in the darkest of times, no matter the odds, shines through like a beacon of hope for anyone who has ever felt despondent, abandoned, or broken-hearted.

Everything, I realized, is a choice. And spending your days waiting to die is no way to live.