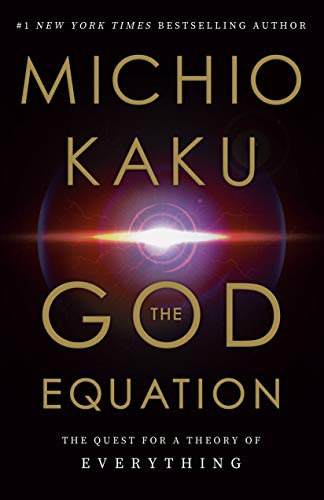 A popular science book that tells the story of physics' search for a Theory of Everything — a self-contained mathematical model that describes all fundamental forces and forms of matter.

The history of physics is filled with great minds who have successfully developed theories about the nature and properties of matter and energy, as well as the relationships between them. Modern physics is dominated by quantum mechanics, which studies nature at the scale of atoms and sub-atomic particles.

The Standard Model of particle physics classifies all known elementary particles and describes three of the four known fundamental forces in the universe, but it fails to take gravity into account. A theory of everything – currently a hypothetical and all-encompassing, theoretical framework of physics to explain all physical aspects of the universe – would bring together particle physics, as well as all four of the fundamental forces.

Michio Kaku is a physicist, science populariser, and New York Times bestselling author. Kaku has written a number of ground-breaking research papers in the realm of quantum physics and believes that string theory may one day develop to the point of functioning as a theory of everything.

"If we do discover a complete theory, it should in time be understandable in broad principle by everyone, not just a few scientists. Then we shall all ... be able to take part in the discussion of the question of why it is that we and the universe exist."