The Geography of Genius Summary 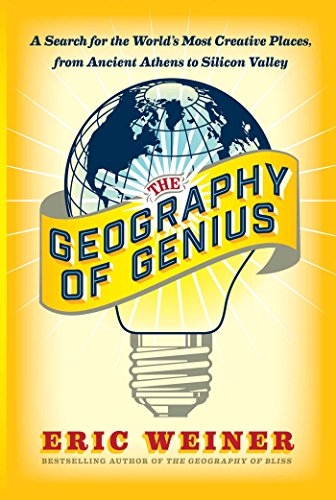 Taking us on a tour through some of the historically most creative cities in the world, this book suggests that genius is not an inherited trait, but rather produced by the right intersection of time and place.

Who's the first person that comes to mind when you hear the word 'genius?' Perhaps it's Einstein, Newton, or Shakespeare. However, you could as well have been asked, 'What comes to mind…', instead of who. We usually tie the concept of genius to individuals, using it as a term to describe someone who's exceptionally bright. But does genius have to be tied to an individual? Just think of the way bees structure their hives, anonymous street art, or the San Francisco cable car system built as early as 1873. Groups can be geniuses too - and so can cities.

San Francisco is described by Eric Weiner as a hub of genius in The Geography Of Genius. For Weiner, genius is more a result of time and place rather than some inherent greatness or genetic makeup of an individual. Let's dive in to discover some of the most innovative places around the globe, so they can teach us one thing or two!

"The story of the world is not the story of coups and revolutions. It is the story of lost keys and burnt coffee, and a sleeping child in your arms. History is the untallied sum of a million everyday moments."