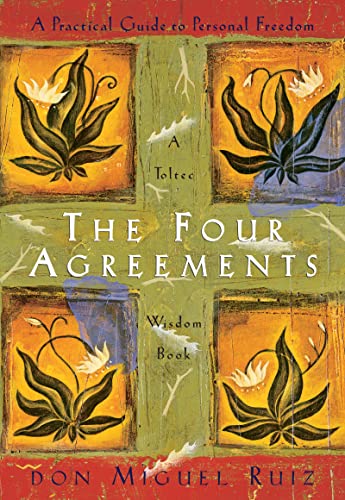 The Four Agreements draws on the long tradition of the Toltecs: an ancient, indigenous people of Mexico, to show you that we have been domesticated from childhood. It demonstrates how these internal, guiding rules hurt us, and what we can do to break and replace them with a new set of agreements with ourselves.

We're fascinated by ancient cultures, especially those that were way ahead of their time, like the Spartans, Romans, and Egyptians. One place we rarely look to in this regard is South America, yet it has been the host of several of these old, advanced civilizations.

The Aztecs had a super efficient agricultural system and built the foundation on which Mexico City still stands today. The Mayas are famous for their incredibly accurate calendar and one of the new seven world wonders. One culture that is rarely mentioned but hosts a ton of wisdom is the Toltecs.

Mexican surgeon and author, Don Miguel Ruiz, who turned from science to spirituality after a near-fatal car accident, knows all about them. His 1997 book The Four Agreements spent eight years on the New York Times bestseller list, selling over six million copies and spreading these four guiding principles to live by…

We're going to share with you why we need them, which one we think is most important and how you can work on embedding them into your life.