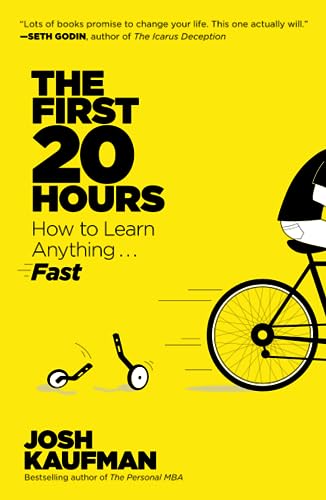 The First 20 Hours lays out a methodical approach you can use to pick up new skills quickly without worrying about how long it takes to become an expert.

When Josh Kaufman quit his job as a brand manager for Procter & Gamble in order to focus on writing and researching, he found himself torn between dozens of other hobbies and passions he wanted to give his attention to.

After his book, The Personal MBA, turned into his full-time career, he noticed he also wanted to learn how to windsurf and play the ukulele. In order to reconcile his larger commitment with his curiosity, he developed a process that would allow him to quickly learn the basics of new skills. This way, he could decide what to double down on later on, without missing out on taking a swing at the things that matter to him.

"The best thing that can happen to a human being is to find a problem, to fall in love with that problem, and to live trying to solve that problem, unless another problem even more loveable appears."