Stamped From the Beginning will open your mind to the true origins of racism by challenging your long-held beliefs about it that have been perpetrated by racists throughout history. 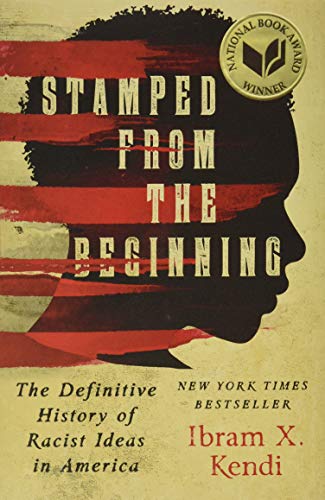 When Barack Obama became president of the United States in 2008, many hopefully speculated that it might be the beginning of the end of racial discrimination in America. If only it were that easy. Racial discrimination didn't end with slavery or the civil rights movement. And it certainly wasn't over with the election of the first Black president.

The truth is, racism is so deeply ingrained into American society that it will take more than a Black president to solve hundreds of years of oppression. Today we are seeing more progress as we put a spotlight on problems such as police brutality and institutional racism. Movies like I am Not Your Negro and The 13th also provide a powerful look into what it is to be Black in America.

In his book, Stamped From the Beginning, scholar Ibram X. Kendi gives a compelling examination of the history of modern racism in the United States. He uncovers where the deeply ingrained racists ideas began and how they spread.

Consumers of these racist ideas have been led to believe there is something wrong with Black people, and not the policies that have enslaved, oppressed, and confined so many Black people.