Saving Justice is a robust and forthright defence of an independent judiciary, written by the FBI Chief appointed by Barack Obama and promptly sacked by Donald Trump. 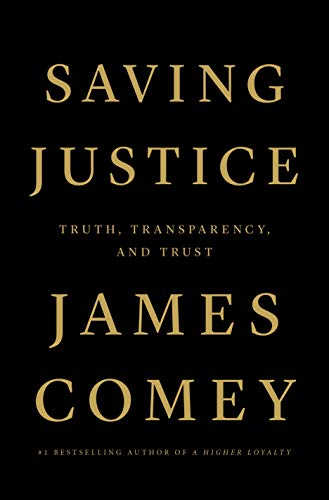 James Comey was FBI Director from 2013 to 2017, having been U.S. Attorney for New York's Southern District and Deputy Attorney General during the presidency of George W. Bush. Saving Justice gives a ringside view of the Justice Department before and after the 2016 election, from investigating Hillary Clinton's emails to Trump's distaste for impartiality.

The book's subtitle, 'Truth, Transparency and Trust', sets out Comey's core values. Comey describes the book as his attempt to help remind Americans of 'how justice should work and leaders should behave.' Comey pulls no punches when it comes to his short experience of working under Trump: he is a servant of the truth, not the incumbent.

Saving Justice is packed with colorful examples from Comey's early legal career that demonstrate how he learned to value truth above all. We meet Cosa Nostra gangsters discussing whacks in a widow's 'safe' apartment, an insurance scam hinging on the weight of stolen furs and a prison break by dental floss. It's the Trump era where the biggest sparks fly, and the effect is explosive.