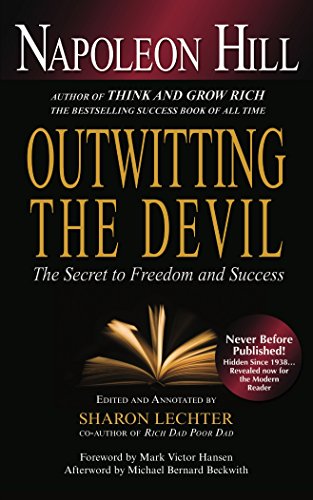 Outwitting the Devil is a fictional interview between Napoleon Hill and the devil, debunking the roots of evil so we can free ourselves from our demons and lead fulfilling lives.

In 1908, acclaimed author Napoleon Hill interviewed the richest man in the U.S.: Andrew Carnegie. Carnegie had already sold his steel company to J.P. Morgan at the time, amassing a fortune of more than $370 billion dollars in modern-day estimations. That's more than three times the wealth of Amazon's Jeff Bezos.

Hill told Carnegie that he wanted to enter law school and interview successful people as an experiment, on the side. Carnegie immediately asked Hill why he didn't simply choose to conduct interviews as a full-time job.

Carnegie was convinced that people needed to learn from the wisdom and shared experiences of others. Hill took the advice to heart. Eventually, he interviewed 25,000 ordinary people and 500 extraordinary outliers. His interviews were the basis for his bestseller Think and Grow Rich. In 1938, one year after the book came out, he immediately set out to create his next work: Outwitting the Devil.

In this book, he set out to provoke his audience by conducting a fictional interview with the devil so readers could recognize the roots of evil within themselves and combat them to live their most authentic lives.

"Your only limitation is the one you set up in your own mind."