Published in 2013, Our Final Invention explores the dangers that human-level or super-intelligent AI might pose to the future of humanity. 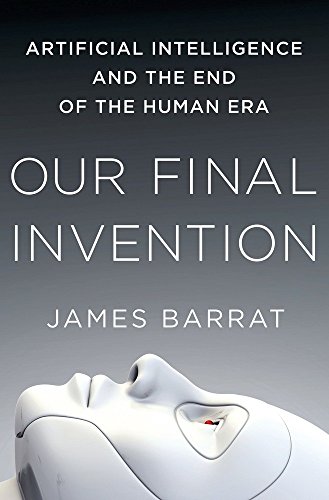 The idea that AI might one day take over the world is usually confined to the realm of science fiction. But this threat isn't out of the realms of possibility — and humanity is grossly underprepared for it. In our lifetimes, it's overwhelmingly likely that scientists will develop AGI – which stands for Artificial General Intelligence – that will take over from today's ANI — meaning Artificial Narrow Intelligence.

ANI outperforms humans at specific tasks, but AGI will likely have a wide range of abilities, learning capacity, and drives that will make it resemble human-level intelligence. Once AGI is achieved, it may only be a very small step to developing ASI – or Artificial Super Intelligence – which will be very difficult, if not impossible, to control and make work in our interests.

James Barrat is a filmmaker who, through wide-ranging interviews and study of the current field, explores this under-represented perspective on the potential dangers of AI.

AGI is intrinsically very, very dangerous. And this problem is not terribly difficult to understand.