Philosopher Peter Singer gives a concise overview of the main ideas of Karl Marx and highlights their relevance today. 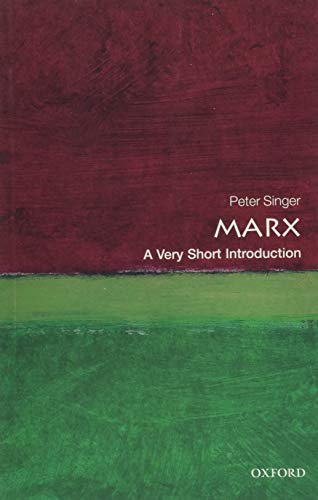 Over two centuries have passed since the birth of economist and philosopher Karl Marx, yet many of his ideas are still relevant today. In the second half of the 20th century, nearly 40% of the world's population was living under Marxist regimes. Although not all of his predictions have come true, his ideas about wealth, property, and human wellbeing have resonated with some of the most influential thinkers and world leaders of all time.

In Marx: A Very Short Introduction, Peter Singer outlines some of the main concepts of Marxism, how they evolved during Marx's lifetime, and their relevance in today's world.

Singer is an Australian philosopher and animal rights activist, best known for his thoughts on vegetarianism and animal ethics, and his campaigns against global poverty. His most famous work, Animal Liberation, is sometimes referred to as the 'Bible of the animal rights movement.'

Philosophers until now have only interpreted the world in various ways. The point, however, is to change it.