This biography of Friedrich Nietzsche takes a fresh look at the intellectual background and personal struggles of one of Europe's most important philosophers, emphasizing his humor and unconventionality. 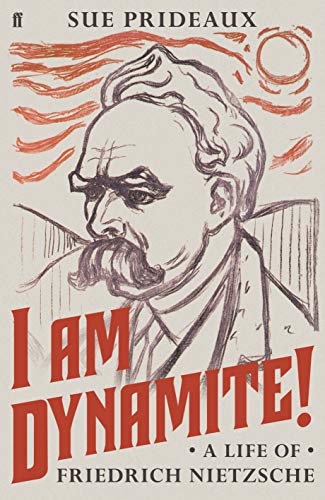 German philosopher Friedrich Nietzsche's ideas have permeated popular culture. The phrase 'God is dead' and the word 'Übermensch', both Nietzsche's, have taken on meanings of their own in history and philosophy.

Who was the real man behind some of the most powerful and enduring ideas in European philosophy? How has history distorted Nietzsche's thought? In this illuminating biography, the Anglo-Norwegian author Sue Prideaux untangles the complexities of Nietzsche's life, thoughts, and legacy. Prideaux is an acclaimed writer and biographer whose work has earned the James Tait Black Memorial Prize. She has also written for Sotheby's and London's Royal Academy of Arts, among others.

Published in 2018, I Am Dynamite subdues common misconceptions surrounding Nietzsche and his philosophy. It sheds light on his self-deprecating, passionate – and at times, tortured – nature.

I have a terrible fear that one day I shall be pronounced 'holy.' I do not want to be a saint, rather a buffoon… perhaps I am a buffoon.