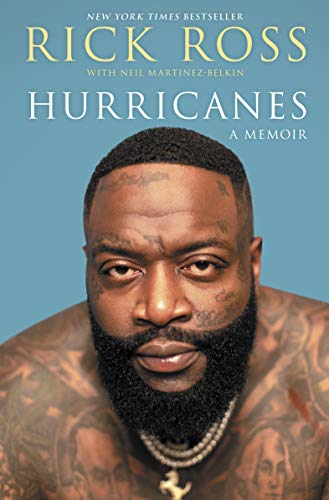 Hurricanes: A Memoir is the autobiographical New York Times bestseller about hip-hop legend Rick Ross, providing us a vivid glimpse into how he made a name for himself in music.

You don't expect memoirs to start with rifles, shotguns, Dobermans and a SWAT team. But, much like Rick Ross's life, Hurricanes is far from normal. In this autobiography, Ross makes sex, drugs, and rock and roll look old school.

Ross gives us fascinating insights into not only the good, bad and ugly of the US rapping scene, but the challenges of growing up in Florida in the 1980s and 1990s.

Ross has become an increasingly dominant figure in the rap scene since the mid-2000s. With a growing record label and multi-million dollar business ventures just the tip of the iceberg, his success is undeniable. Hurricanes is a fascinating look at Ross's success and the challenges he faced along the way, emphasising the importance of resilience, and remaining loyal to the friends and family who cheerlead us on our own paths to success.

Download Uptime to get the key insights and actions from Hurricanes

"Success comes from saying, 'Fuck it. I ain't through just yet,' and giving it another go. Resiliency is what breeds success."