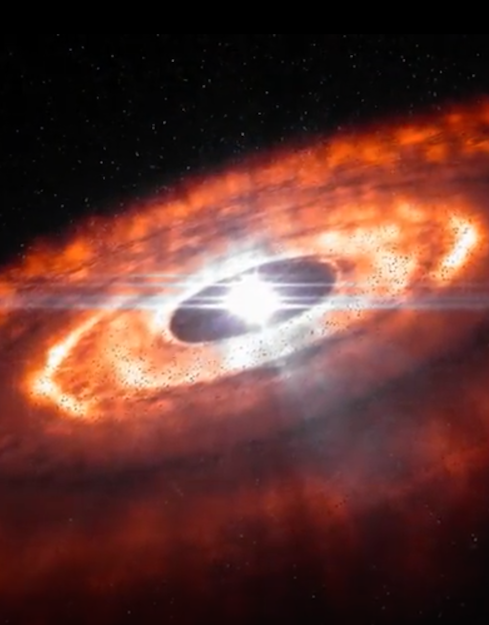 Fireball: Visitors from Darker Worlds explores the deeply interconnected impacts of meteorites on our planet – from the physical, ecological, scientific, cultural, and even the spiritual.

A collaboration between Werner Herzog and Clive Oppenheimer, following the latter's visitation to a South Korean meteoritics laboratory, Fireball: Visitors from Dark Worlds attempts to gain a more holistic perspective of the influence of these extra-planetary objects.

Herzog and Oppenheimer visit specialists in meteoritics from around the world in laboratories and observatories to gain insight into the mathematical, physical, biological, and chemical fascination with these objects. By interviewing people who have special cultural and spiritual ties to meteors or impact craters, Herzog makes the study of these objects not simply an academic pursuit, but places them into very human stories about cultures and peoples' personal relationships with these objects.

A historical account of the influence of asteroids, comets, and meteors rounds out this documentary's account by placing them into a planetary and human timeline. Exploring the prehistoric influence of meteors, including the famous behemoth that caused the Cretaceous-Paleogene Extinction Event (the event which saw the extinction of the dinosaurs), gives a powerful and terrifying account of the physical power of meteors. Meanwhile, showing meteors' influence on the human timeline shows how often surprisingly interconnected our history is with meteoritical activity.

Download Uptime to get the key insights and actions from Fireball

"Dust is the currency of the cosmos."