A successful radio and podcast host with a chaotic upbringing finally fulfills a lifelong dream of creating her own 'dog family' after enduring gut-wrenching trauma. 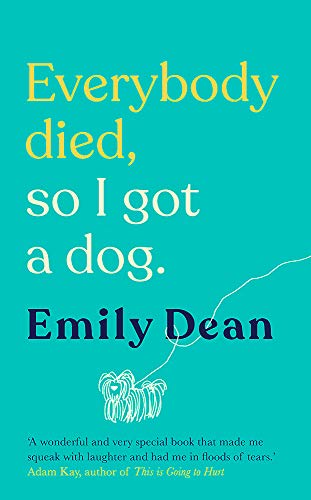 If you've ever longed to belong to a 'dog family' but never worked out quite how to bring it about, Emily Dean is the companion you need. Dean runs a wildly successful UK Times podcast called 'Walking the Dog with Emily Dean', which would not have seen the light of day were it not for the traumatic events described in her book.

Dean's father, Michael, was a respected public intellectual with a chaotic private life. He left his two daughters relying on each other for emotional support, as both he and their mother, Christine, pursued their own paths. Sisters Emily and Rachael numbered current and future celebrities among their childhood friends and remained close. In 2012, Rachael died of cancer. Within three years, both parents had died too.

The book is an exploration of one's self and history, a powerful message about resilience, love, and hope.

This is a story about losing an entire family and gaining a dog. But you've probably worked that out already.