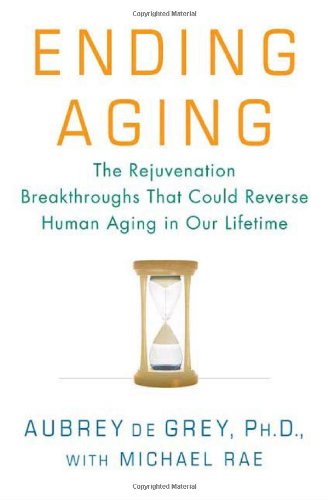 Ending Aging unravels the inner workings of the aging process, a natural yet mysterious phenomenon that occurs to all of us - yet doesn't need to feel like a trap.

Is aging an inevitable part of being human or have we been made to think that due to a lack of evidence of the contrary?

Aubrey de Grey, an author, public speaker, and biomedical gerontologist, argues that it's not, but the biggest problem in fighting it is simply a lack of funding. De Grey was the Chief Science Officer at SENS, a foundation dedicated to the battle against death, though he was fired in August 2021 after allegedly interfering in a probe investigating sexual harassment allegations against him.

There are a number of experts in the biomedical field who understand what steps need to be taken in order to halt the aging process and how, and this area of research has come on in leaps and bounds in recent years. In his 2008 book, Ending Aging, de Grey identifies the primary causes of aging and how we can deal with them ourselves.

"In the sense that matters most, aging is just like smoking: It's really bad for you."