Down Girl applies the principles of moral philosophy to the question of why societal misogyny is not only 'still a thing,' in the 21st century but inevitable for as long as our institutions remain structured as they are. 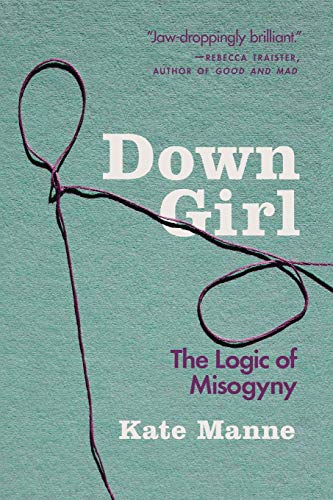 You might think that women today are treated as equals. But this doesn't stand up to scrutiny. The #MeToo movement has given women a voice to call out certain behavior from men, but it's no cure-all. Misogyny is still pervasive in society today.

Kate Manne studied philosophy in Melbourne and at MIT, and is now a professor of philosophy at Cornell University, specializing in the ethical perspective on feminist issues. In her 2019 book Down Girl: The Logic of Misogyny, Manne asserts that seeing women as fundamentally unequal is less a personal trait applying to certain males, and more a structural inevitability applying to society as a whole.

In her wide-ranging forensic analysis, Manne considers language, the law, and specific high-profile cases and their journalistic aftermath, which often centered on definitions of misogyny. At a time when gender relations have never been a hotter topic, Manne provides a challenging, thoughtful, and persuasive perspective.

Misogynists can love their mothers – not to mention their sisters, daughters, wives, girlfriends, and secretaries. They need not hate women universally, or even generally. They tend to hate women who are outspoken.