Cooked is a historical exploration of the human relationship with food and cooking, combined with practical ideas on how to improve your diet by preparing more of your own food. 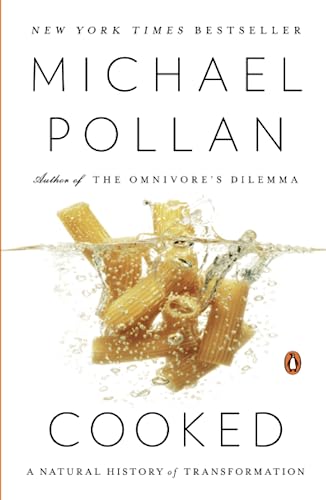 Cooking is an activity that we usually take for granted in our daily lives. But, as Michael Pollan rightly points out in Cooked, humans are the only animals that cook their food. This habit has connections with our evolution and civilization's history.

Pollan is known for his other best-selling books on human eating habits, such as The Omnivore's Dilemma or In Defense of Food. With Cooked: A Natural History of Transformation, he shows that the way we prepare our meals has been a defining trait of the human race.

For example, cooked food has freed nutrients from grains, meat, or eggs that were previously indigestible to us. Over time, this resulted in using crops and prey much more efficiently. We've learned how to extract more nutritional value from smaller amounts of food. This helps us preserve time and energy to move our civilization forward.

Cooking is all about connection, I've learned, between us and other species, other times, other cultures, but, most importantly, other people.