Bitcoin Billionaires is a captivating redemption story of how Bitcoin pioneers, the Winklevoss twins, flipped a humiliating legal settlement into billions of dollars. 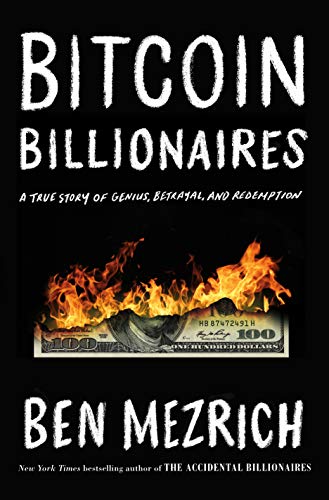 In 2009, author Ben Mezrich wrote the bestselling Facebook origins story, The Accidental Billionaires, which was later adapted into the Academy Award-winning film The Social Network. In The Accidental Billionaires, Mezrich portrays Facebook's founder, Mark Zuckerberg, as a socially awkward boy-wonder who duped twins Tyler and Cameron Winklevoss out of their idea for a social networking site. Fortunately for the twins, their story doesn't end there.

The Winklevoss twins went on to sue Zuckerberg in a protracted legal battle that ended with a $64 million settlement. With that chapter of their lives closed, they were ready for the next challenge – just in time for the rise of Bitcoin.

In Bitcoin Billionaires, Mezrich shares the story of how the Winklevoss twins used their newfound wealth to drive the next big tech revolution after social networking. Mezrich reveals how they didn't just ride the Bitcoin wave, but were responsible for developing the legitimacy of the cryptocurrency through sheer grit.

It is my opinion that Tyler and Cameron Winklevoss didn't just happen to be standing in the exact right place at the exact right time - twice - by chance. Second acts, in literature as in life, are rare.