This comprehensive biography of Angela Merkel combines revealing personal accounts and forensic political analysis, providing a unique look at one of the most influential figures of the 21st century. 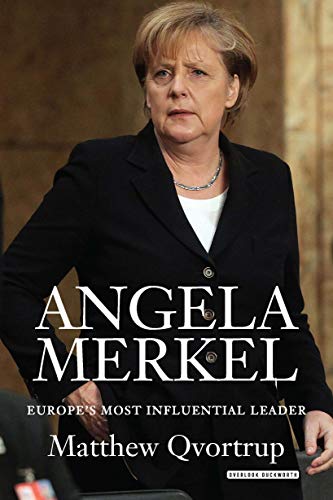 Acting as German Chancellor, Angela Merkel has been credited with steering Germany and Europe through years of continuity. Specifically, Merkel is credited with helping to manage a continent through crisis after crisis, over nearly two decades.

A leading expert in European Politics, Matthew Qvortrup's authoritative biography draws upon years of work and research surrounding the Chancellor. With a specific focus on her handling of the European migrant crisis, Qvortrup charts Merkel's rise to power, starting with her strongest childhood influences.

The book, published in 2016, adds key historical and political context to further explain Merkel's extraordinary, meteoric ascent to power. Ultimately, Qvortrup's book outlines the reasons why he considers the woman he dubs 'The Queen of Europe' to be the most important European politician of her time.

Merkel too was a victim of fate and fortune. But chance and luck do not alone determine our lives. Statesmen and stateswomen are individuals who seize opportunity when given the chance.