Discover the secrets to launching your own successful fashion business with model Alexa Chung, who shares her most valuable lessons from her experience setting up and running her own fashion brand. 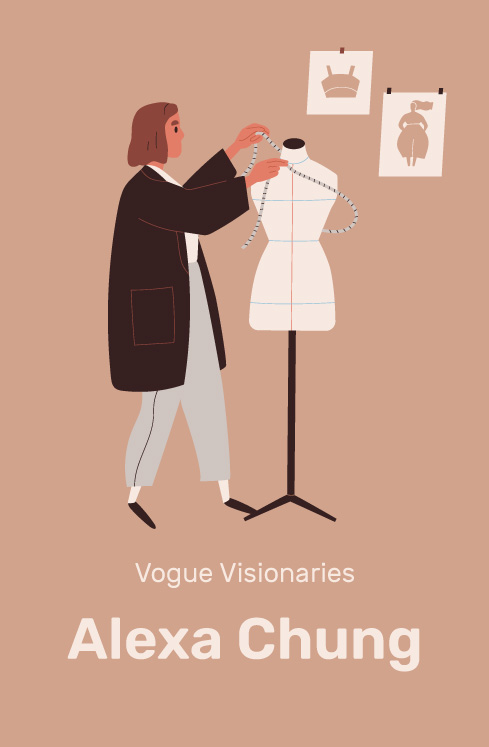 Alexa Chung has had a fascinating career. She has been prominent in the fashion industry from an early age, both as a model and as a designer, and in 2017, she established her namesake fashion label. She started modelling when she was 16, transitioned to TV presenting, and has authored a book and guest pieces for several publications.

In the second installation of the eight-part Vogue Visionaries masterclass series, Chung shares her personal experiences coming up in the fashion industry and the lessons she's learnt along the way. She opens up about the key principles that direct how she runs her own business, and gives us a behind-the-scenes peek into her own design and operational process.

Vogue Visionaries is an eight-part series of masterclasses for creatives by British Vogue and YouTube UK. The series has been designed to allow creatives to learn from, and be inspired by some of British Vogue's closest collaborators.

Life is too short not to try.