A Force for Good Summary 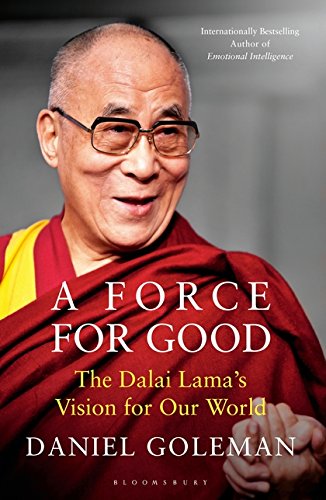 A Force For Good is a universal call to turn our compassion outward and use it to improve ourselves and the world around us.

The world can often feel depressing. Every time we turn on the news, we are hit by a wave of war, corruption, and misery. Does it have to be this way?

According to the 14th Dalai Lama, we can do better. He believes that many of the world's problems stem from a lack of human compassion and moral responsibility; we have stopped caring about each other. As one of the world's most influential voices, the Dalai Lama implores us to replace negativity with love. In A Force For Good, the spiritual leader teams up with Daniel Goleman, an author, psychologist, and journalist specializing in psychology and brain sciences. By listening to both science and religion, we can learn to become forces for good, live compassionately on a daily basis, and take care of the biggest issues facing our world.

"The moment you think of others, your mind widens."