Where You Are Is Not Who You Are is the fascinating memoir of America's first Black woman to head a Fortune 500 company as CEO. 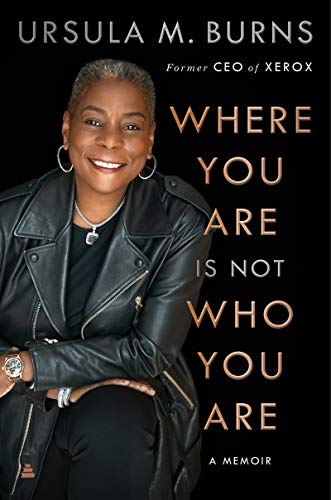 When Ursula Burns took the helm at Xerox in 2009, the news made headlines. As she assumed the role, Burns became America's first Black female Chief Executive Officer of a large capital company. However, Burns insists that those headlines were only telling half the story.

What the business media journalists missed was how the company had supported and encouraged Burns, a young Black woman raised in an impoverished tenement in New York, to move up through the ranks.

Part corporate management how-to, part social critique of racism and sexism in corporate America, the book is an enlightening glimpse into a world most of us never see. Starting as a junior engineer recently graduated from college, Ursula Burns worked for Xerox for 35 years. Now, she serves on the board of directors for several multinational companies and foundations, and was on President Barack Obama's STEM advisory committee.

This place that we live in that is run down and dirty...is not who you are. Who you are is the people you surround yourself with, the values that you have.