A compilation of key sections from the 20th-century philosopher's writings and lectures, covering the teachings he gave on how to lead a happy and fulfilling life. 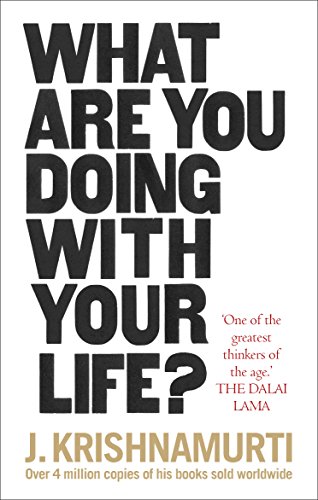 Philosopher and writer Jiddu Krishnamurti was born in 1895. He wrote close to 20,000,000 words and left behind over 1000 hours of video and audio-recorded lectures. Krishnamurti's teachings all stem from a very simple core insight, which is revealed in this 2018 title.

Krishnamurti was adopted by the Theosophists in the early 20th century, but on reaching maturity he rejected them, along with all other forms of external authority. Krishnamurti spent 60 years traveling the world, giving talks and engaging in dialogue. Krishnamurti was declared by Time magazine to be one of the five saints of the 20th century.

To find happiness, we should cultivate a deep understanding of ourselves, free from all dogmatic, fixed ideas. Happiness is found through our own observation of life, free from any outside authority or guru.

Self-knowledge is necessary if one is to be free of the influences and values that give shelter to the self; and in this freedom alone is there creation, truth, God, or what you will.