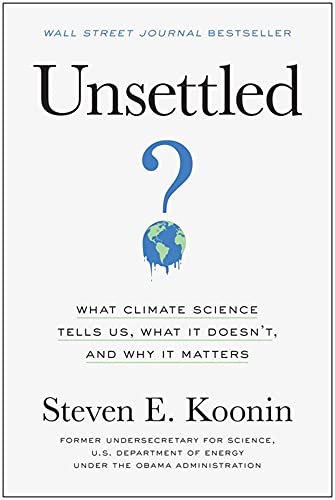 As climate change has come to public attention, there has been a frenzy of apocalyptic predictions. Stoked by sensational media headlines, the apparent consensus is that without immediate radical efforts to cut greenhouse gases, we face certain catastrophes.

Theoretical physicist Steven E. Koonin wants us to critically re-examine both the science on climate change and the proposed solutions. Formerly the Under Secretary for Science in the Obama administration and an advisor to BP, the National Science Foundation, and the Department of Defense, Koonin also advised the Trump administration on climate policy.

In this controversial book, Koonin argues that although climate change is indeed real, the risk of catastrophe is exaggerated, the data is in fact incredibly nuanced, and scientific models often wildly contradict one another when predicting the future. Unsettled calls for a critical and unbiased debate that separates scientific fact from policy preference.

Download Uptime to get the key insights and actions from Unsettled

"Climate and energy are complex and nuanced subjects. Simplistic descriptions of 'the problem' or putative 'solutions' will not result in wise choices."