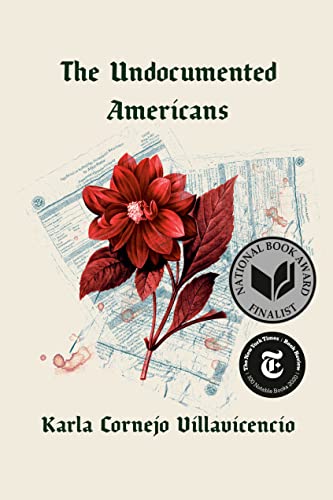 Named one of Barack Obama's best books of 2020, The Undocumented Americans explores the dangerous price paid by those in search of the American Dream.

Immigration is one of the most politicized topics in the US today. While media channels largely focus on the traumatic stories of those at the border, with dystopian detention camps and children separated from parents, less attention is given to the 11 million undocumented people already living in the country.

Written with tenderness and poignancy and named one of Time Magazine's 100 Best Books of The Year, The Undocumented Americans seeks to correct the narrative. National Book Award finalist Karla Cornejo Villavicencio paints a moving picture of the injustice and discrimination faced by undocumented immigrants living in the US.

As the daughter of two undocumented immigrants, Cornejo Villavicencio came to the US as a young child, and is now a Harvard graduate. Written over the best part of a decade, The Undocumented Americans features interviews with immigrants from New York to New Mexico, exploring the insurmountable challenges faced by undocumented workers trying to build better lives for their families.

"People have a human right to change location if they experience poverty, violence, or lack of opportunity, especially if that climate in their home countries is created by the United States itself. Ain't that 'bout a bitch."