The Tipping Point explains how ideas spread like epidemics and which few elements need to come together to help an idea reach the point of critical mass, where its viral effect becomes unstoppable. 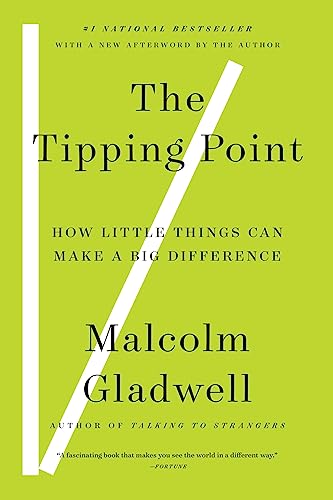 Malcolm Gladwell is your friendly, Canadian journalist next door. Much more than that, he's taken a massive interest in science over the years, and you might know him from a variety of his great talks, books, and ideas. His first TED talk is about spaghetti sauce.

Similar to Barry Schwartz's Paradox of Choice, Gladwell reveals interesting findings about happiness and choice, and how the two are related (or not).

The Tipping Point is his debut book, and it was a massive hit – not least due to the value it created for businesses and marketers, who now had the first sketch of a blueprint on how to promote their ideas better.

The key to good decision making is not knowledge. It is understanding. We are swimming in the former. We are desperately lacking in the latter.