The Ride of a Lifetime shares the inspirational story of Robert Iger, his journey to becoming the CEO of Disney, and how his vision, strategy, and leadership guided the company through a time when its future was uncertain. 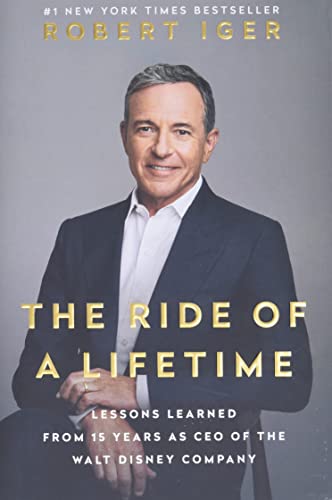 In recent years, Disney has appeared to be unstoppable across various fronts. In just the last decade or so, they've acquired Fox, Marvel, ESPN, and others.

Looking back, it appears that Disney's rise to power was almost inevitable, but did you know that it was struggling back in 2005 when Robert Iger took charge as CEO? After expensive failures and drama with the previous CEO in the late 1990s and early 2000s, Iger took Disney to places it had never been before.

In The Ride of a Lifetime, Iger shares how he rose to his position and brought the company to its current success. You'll find inspiration in Iger's innovative and daring leadership style and the successes that resulted.

Ask the questions you need to ask, admit without apology what you don't understand, and do the work to learn what you need to learn as quickly as you can.