The Power of Myth Summary 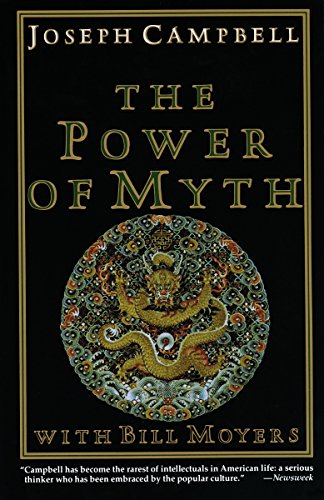 by Joseph Campbell with Bill Moyers

The Power Of Myth unearths the origins of famous myths, their purpose, their evolution, and the crucial role they've played in shaping many facets of modern-day society.

by Joseph Campbell with Bill Moyers

During Antiquity, before modern scientific discoveries, people used myths to make sense of their surroundings. In Ancient Greece, gods were associated with planets and stars – that's how people explained their complex movements in the night sky. Though we now have scientific methods to debunk complex natural mechanisms, myths haven't become any less valuable.

Myths can help us conceptualize philosophical ideas like the meaning of life or the inevitability of death. They inspire us and help us relate to one another across the borders of culture and time.

In The Power of Myth: From Ancient Myths to Han Solo, based on Joseph Campbell and Bill Moyers's popular 1988 documentary of the same name, Campbell explores the intricacies of mythology.

Joseph Campbell was a professor of Literature at Sarah Lawrence College and an expert in comparative mythology and religion. Here, he examines mythology's history, evolution, and influence on our thinking and society.

"We're so engaged in doing things to achieve purposes of outer value that we forget the inner value, the rapture that is associated with being alive, is what it is all about."