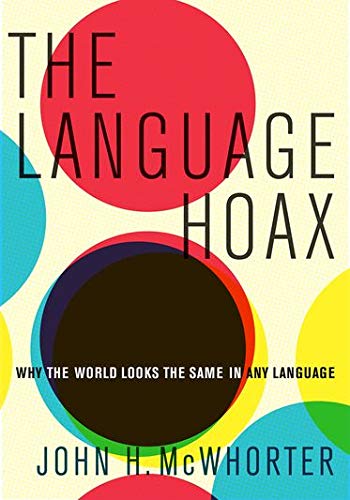 In this book, linguist John McWhorter argues against the common belief that language shapes how we perceive the world.

We've all heard the common saying that 'Eskimos have fifty words for snow.' Known as the Sapir-Whorf hypothesis, this theory holds that our language determines our perception of the world, and thus the world looks different to people who speak different languages. But is this idea that language shapes our reality really true?

John McWhorter is a linguist and professor of English and comparative literature at Columbia University, who has written more than a dozen books about language, race, and culture. The Language Hoax is a concise and forceful rejection of the Sapir-Whorf hypothesis, arguing that speakers of different languages do not in fact have fundamentally different views of reality.

Through an impressive assortment of research and examples from languages all over the world, McWhorter walks the reader through how languages are formed and the social implications of various linguistic theories. As the subtitle suggests, McWhorter believes that people generally share the same human experience of the world – no matter what words they use to describe it.

"If you want to learn about how humans differ, study cultures. However, if you want insight as to what makes all humans worldwide the same, beyond genetics, there are few better places to start than how language works."