Defense industry insider Christian Brose presents a sobering account of the U.S. military's weaknesses and what can be done to address them. 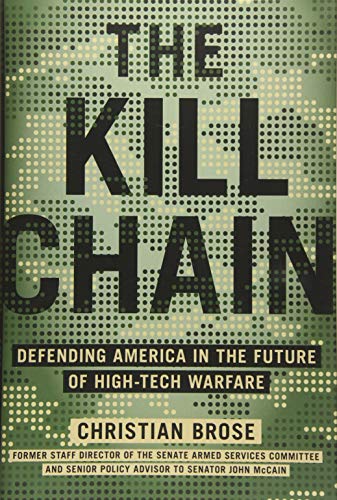 In 2016, the U.S. accounted for over a third of the world's military expenditure. But the nature of war is changing. Technologies like autonomous robots, artificial intelligence, decentralized networks, and hypersonic missiles could render much of today's military tech obsolete.

As a former advisor to Senator John McCain and Chief Strategy Officer of Anduril Industries, Christian Brose has an insider's knowledge of the U.S. defense establishment. In The Kill Chain, Brose argues that America's vast military expenditure is being wasted on outdated systems, while its rivals China and Russia build the tech to exploit its vulnerabilities.

The book covers the history of U.S. military innovation and why it has stalled, institutional failings of the U.S. defense establishment, the next generation of military tech, and suggestions for reversing the decline.