This book examines the dynamics of power within the United Kingdom, exposing the network of elite politicians, media barons, businesses, and bankers who organize British democracy in a way that keeps themselves at the top. 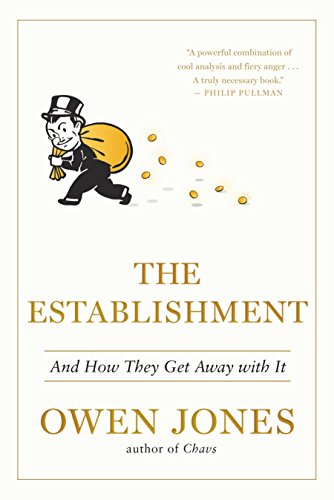 Britain is often referred to as one of the world's most successful democracies, in which the will of the people is championed and respected — but could this be a lie? British society is run by a wealthy elite whose ideology of free-market capitalism has been purposefully instated as the status quo — a status quo that keeps them rich and ensures others stay in line.

Owen Jones is a journalist, political commentator, and left-wing activist from the UK, whose work focuses on class issues and democratic socialism.

In The Establishment, Jones explores the different groups forming Britain's 'ruling class', examining the relationships and conspiracies that uphold social inequality in order to protect their status.

The illusion of every era is that it is permanent.