The China Study examines the effect of animal protein intake on cancer risk, suggesting that the surest way we can improve our health is by focusing on a plant-based diet. 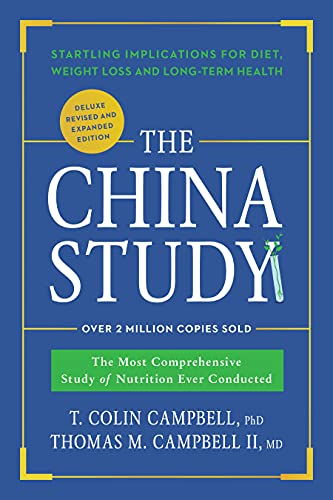 If you ever have a chat with a vegetarian or vegan friend, The China Study is bound to come up. The book is loosely based on a 20-year study conducted with over 6,000 people from 65 rural counties in China, and it's often called the bible for vegans. This is because the research that made up the groundwork of this book is what first scientifically backed a vegan diet on a much larger scale.

It's been a big step forward for advocates of plant-based diets, because like in most divisive issues, such as politics or religion, it's really hard to argue when all you have to argue with is morals and ethics. Now, with some scientific truth to back up a plant-based diet, supporters of vegetarian or vegan diets can make themselves heard.

It's never too late to start eating well. A good diet can reverse many of those conditions as well. In short: change the way you eat and you can transform health for the better.