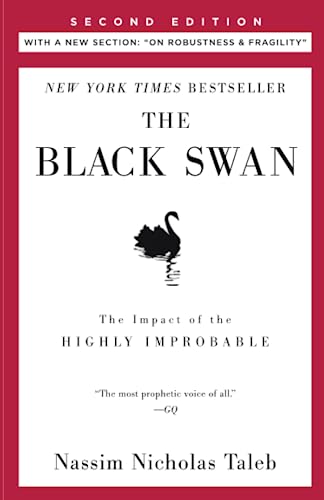 The Black Swan explains why we are so bad at predicting the future, how unlikely events can dramatically change our lives, and what we can do to become better at expecting the unexpected.

The way Nassim Nicholas Taleb thinks is marvelous, and there's so much to learn from him. The Black Swan is the second volume of his four-volume body of work on uncertainty, called Incerto.

In The Black Swan, Taleb explores statistics, probability, and how we often falsely use those to estimate the likelihood of real-life events. We use narrow economic models to predict reality all the time – which is why we're so bad at it.

A 'Black Swan' event is unpredictable not because it's random, but because our outlook on what's possible was too narrow. The name stems from the fact that up until 1697, mankind believed all swans were white. But when Dutch explorers finally saw black swans for the first time in Western Australia, the term morphed into describing an event that occurred in spite of seeming impossible.