The Automatic Millionaire is an actionable, step-by-step plan for building wealth without being disciplined, by relying on fixed percentages, small payments, and automated transactions. 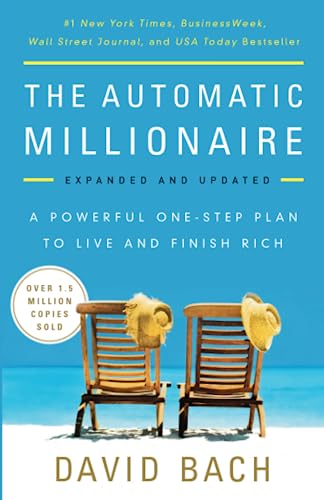 Many of the world's greatest investors have only one advantage over us normal folks: they were exposed to investing very early in their lives and took interest. Warren Buffett bought his first stock, Cities Service, at eleven years old. Ray Dalio bought Northeast Airlines at twelve.

Something similar happened to The Automatic Millionaire author David Bach. When he was just seven years old, his grandma took him to McDonald's. Once they sat down and started eating, she told him there are three types of people in the world: those who eat at McDonald's, those who work at McDonald's, and those who invest in McDonald's. Then, she helped him buy his first share of McDonald's stock. What David learned was that, clearly, being an investor was the best way to succeed in life.

David Bach ended up becoming one of the most successful investors in the world. Before eventually starting his own financial consultancy, he worked at Morgan Stanley as a vice president. As of today, he's published twelve books, nine of them NYT bestsellers, with over seven million copies sold. The Automatic Millionaire is his most practical template for simple and efficient wealth-building.

The fact is, none of us really have a choice - we are all playing the money game whether we want to or not. The only question is, are we winning?