She Has Her Mother's Laugh Summary 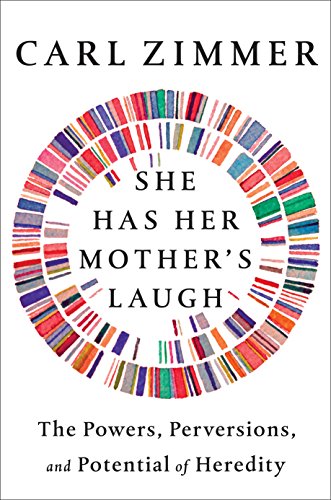 Science writer Carl Zimmer dives into the history and science of genes and heredity, exploring the past - and future - of the human genome.

Heredity is the glue to evolution; genetic codes will only survive if they're best adapted to their given environment. Weak and poorly-adapted traits disappear as natural selection filters through only the organisms best suited to thrive and reproduce. Humans have evolved slowly over billions of years, bound to our genetics in seemingly inexplicable ways, but now we've begun to edit the code.

Carl Zimmer is an American science writer and essayist. Zimmer became obsessed with genetics and heredity before the birth of his first daughter, when he was told of the risks associated with his genes.

Much of human genetic research has been inspired by developmental disorders, the desire to minimize their risk from prospective parents, and to understand environmental and controllable factors in quality of life. With modern gene-editing entering the public eye, we could soon see a drastic change in the way in which humans reproduce.

"Meiosis takes place in a manner reminiscent of drunkards returning from an evening's revelry: one step backwards, two steps forward."