Mastery debunks the myth of talent and shows you there are proven steps you can take to achieve mastery in a discipline of your own choosing, by analyzing the paths of some history's most famous masters, such as Einstein, Darwin, and Da Vinci. 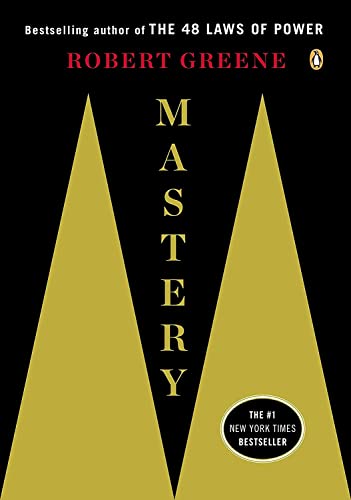 Robert Greene knocks out bestsellers, one after another. Between 1998 and 2009 he published four NYT bestsellers: The 48 Laws of Power, The Art of Seduction, The 33 Strategies of War and The 50th Law (with rapper 50 Cent).

To make it a full hand, he then published Mastery in 2012, which explains not only his own approach to master the craft of writing but also the path all masters seem to take. To do so, he uses historical and contemporary figures as examples, as he often does in his books.

Of course, the book became yet another NYT bestseller. Don't think he got there easily though. Between finishing his undergraduate degree in classical studies and publishing his first book, 20 years passed – Greene was 39 years old when The 48 Laws of Power came out.