This biography explores the origins and legacies of Jacinda Ardern's notably empathetic methods of leadership, moving from her family, early career, and influences to present-day challenges and achievements. 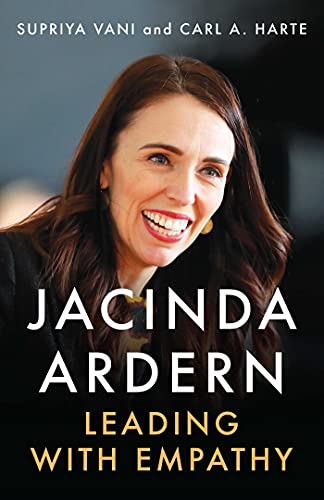 Jacinda Ardern was seemingly destined for public office since her childhood engagement in social issues. Now, a detailed biography takes us through Ardern's life, from her upbringing and her quick rise in politics to her tenure as New Zealand's 40th Prime Minister.

Supriya Vani is a human rights activist and author who has interviewed Nobel laureates and world leaders, while Carl A. Harte is an Australian writer and recipient of an eLit Gold Award. Through extensive research and direct interviews, Vani and Harte study both the politician and the human being.

In a world led, at best, by hardened pragmatists, Jacinda Ardern stands out as one of the few leaders whose empathy is genuine, not the product of public relations spin or political grooming.

- Supriya Vani and Carl A. Harte