In 2018 Oobah Butler was living in a garden shed - literally. One infamous prank later, he was suddenly wildly successful. So, how did this happen? Through bullsh*tting. 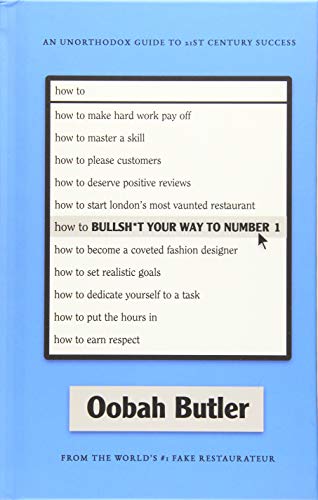 Oobah Butler isn't your typical success story. In fact, it's kind of bullsh*t - and he's fully aware of it. In 2018, Oobah created The Shed At Dulwich, the world's most famous restaurant that never existed. Through utilizing the TripAdvisor review system, Butler was able to create the top rated vegetarian restaurant in London - despite its lack of existence.

Just a few years later, Oobah Butler has created three documentaries that have millions of views, and has been praised by media platforms across the world. So how did this happen? With a simple bullsh*t idea. Since them, Butler has wondered how something he'd invested so little in could change his life so drastically.

Butler's new book is about approaching life with as much enjoyment, enthusiasm, and sometimes caffeine as possible - and as little thought as one can get away with. Bullsh*t changed Oobah Butler's life - and maybe it could change yours too.

In the modern age, has detachment become an unlikely bedfellow of success?