Journalist Joan Wilder provides a powerful description of the brain of someone - specifically women - with ADHD while offering helpful bite-sized strategies to cope with the pitfalls of this condition. 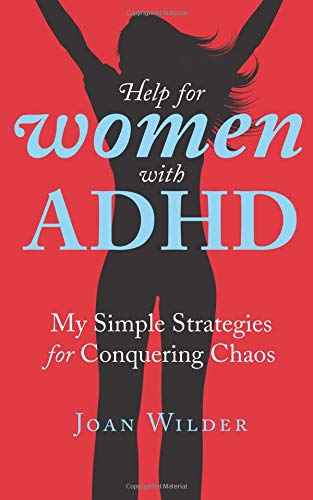 Between four and eight percent of American adults have been diagnosed with ADHD – or Attention Deficit Hyperactivity Disorder. Common symptoms include feeling constantly overwhelmed, impulsive, foggy-headed, or disorganized.

Anyone can experience attention deficit issues. Stressors such as post-partum hormones, PMS, menopause, or dietary changes, can temporarily cause similar obstacles in the way of productivity, even for people with no prior formal diagnosis. Additionally, in a world where more of our attention is being captivated by social media, mitigating attention deficit symptoms can be a powerful mindfulness tool for anyone.

Joan Wilder, a freelance journalist and writer, was diagnosed with ADHD as a child. From personal experience, she provides a series of tried and true tools, strategies, and supportive wisdom nuggets that have helped her tackle some of the most prevalent ADHD and attention deficit challenges.

Having ADHD is like being a fantastic orchestra - with a full house of great players - and a slightly off conductor!