Get Me Roger Stone is a documentary that gives us a behind-the-scenes look at the playbook the self-described 'agent provocateur' and 'dirty trickster' Roger Stone has used throughout his more than 40-year career as a political operative. 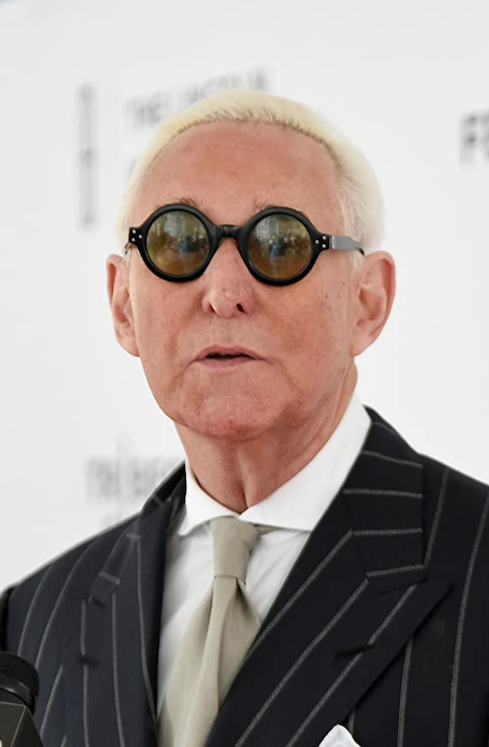 When Donald Trump first announced his plans to run for the presidency, many people thought his candidacy was a farce – but not Roger Stone. A longtime conservative political consultant and lobbyist, Stone saw something in Trump that he thought the rest of America might like, and he decided to bet big on the candidate many politicos considered a longshot.

Stone embodies what many consider to be the worst elements of modern political campaigns. In this documentary, Dylan Bank, Daniel DiMauro, and Morgan Pehme team up to explore the life and career of the contentious political advisor. Besides this first major collaboration, the filmmakers are also known for Slumlord Millionaire, a similarly-styled documentary focusing on Donald Trump's son-in-law and former advisor Jared Kushner.

Throughout more than 40 years in Washington, Roger Stone has served as an advisor to the campaigns of nearly every Republican president in recent memory. All the while, he has embraced his public reputation as an infamous sleazeball and worked to radically transform the spirit of US politics as we know it.

Do you think voters - non-sophisticates - make a difference between entertainment and politics? Politics is showbusiness for ugly people.