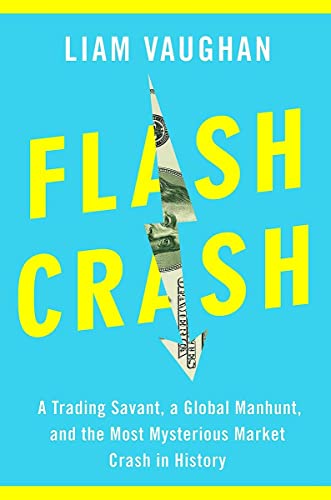 Flash Crash is the story of Navinder Singh Sarao, a trader who made $70 million by manipulating the markets from his bedroom, ultimately contributing to one of the world's biggest market crashes.

On May 6, 2010, at 2.32 p.m., global financial markets plummeted. A trillion dollars of valuation was lost within the space of just five minutes. But less than an hour later, share values inexplicably rebounded. This moment is now known as the flash crash.

Liam Vaughan, an award-winning journalist, decided to scratch beneath the surface and see what hides behind one of the greatest financial mysteries in recent history. A British trader named Navinder Singh Sarao, who used a 'spoofing' algorithm to manipulate markets, sits at the center of the 2010 flash crash. In 2015, the U.S. Department of Justice laid 22 criminal counts, including fraud and market manipulation, against Sarao. As of 2017, he was banned from trading.

Vaughan argues that Sarao was an incredibly skilled trader who had learned all the nuances of the global market and, most importantly, how to adapt to financial breakthroughs like electronic traders. Vaughan's research doesn't necessarily portray Sarao as a hero nor as a villain – it simply shows what a person is capable of when equipped with Sarao's level of focus, dedication, and determination.

"I wish I could tell you the way to unlock yourselves from following the herd. Most of you are doing it without even knowing it. We are all programmed from birth to follow society in fashion, values, etc., and must attune our minds to think independently."