Richard Killeen's 2012 history of Ireland takes a broad view, from prehistory to the present day, charting invasions, conflicts, politics, and the uniqueness of the island. 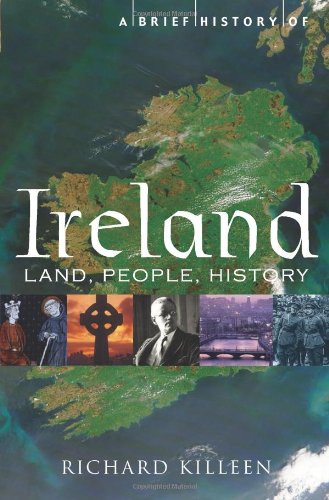 Ireland has been shaped over millennia by geography, climate, and the flux of peoples. The Irish psyche still bears the imprint of warring tribes and religions, the specter of colonization, and the fight for freedom.

Ireland has absorbed influences from a wide range of settlers, from the Celts to the Normans, creating its own unique culture that it has exported to the wider world. In his concise history of the land and people of Ireland, author Richard Killeen explores the island's identity through literature, art, and history. A Brief History of Ireland, published in 2012, charts the emergence of modern Ireland, its fraught relationship with England, its religious divisions, and its relationship to the wider world.

Irish history proper gasps into life after 430 CE, with the first tentative written evidence that has survived. But by then, the island had already been inhabited for 7,000 years, or about six times the span of historical time.