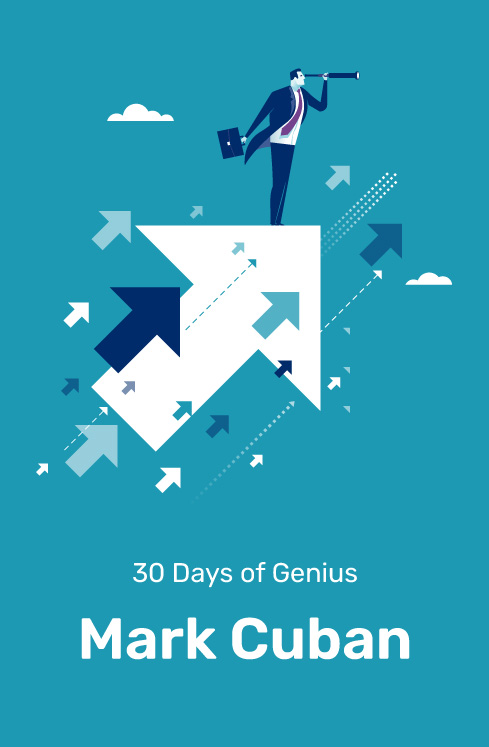 As part of Chase Jarvis's 30 Days of Genius series, member of 2020's Forbes 400 list and multi-billionaire Mark Cuban shares his tricks of the trade for starting, maintaining, and growing a business empire in today's cut-throat environment.

For those interested in business, the name Mark Cuban will probably ring a bell. Why? Because Cuban just happens to be one of the most successful businessmen in the world today. Cuban is everywhere - from books, to blogging, entertainment to tech, whatever company he touches quickly turns to gold. He was also instrumental in making the Dallas Mavericks the NBA World Champions in 2011.

Despite Cuban's riches and accolades, he's also been through rough times. He worked a lot of small jobs before reaching the pinnacle of financial success - for one, he used to sell garbage bags door to door. However, these experiences taught him the value of hard work and perseverance. After graduating from Indiana University, Cuban founded his first company - MicroSolutions, a computer consulting service - and sold it to CompuServe for $6 million in 1990. Fast forward to 1995, and Cuban had created a streaming studio known as Broadcast.com (then Audionet). After four years, he sold this to Yahoo for a whopping 5.6 billion dollars.

In 30 Days of Genius: Mark Cuban, this business tycoon shares his life story, hoping to inspire viewers to take the risky yet fulfilling path of entrepreneurship. If you're looking for practical insights on getting your business started, or just need some words of encouragement from an expert, this course is for you.

Download Uptime to get the key insights and actions from 30 Days of Genius: Mark Cuban

"When you do something you love, time becomes more valuable."