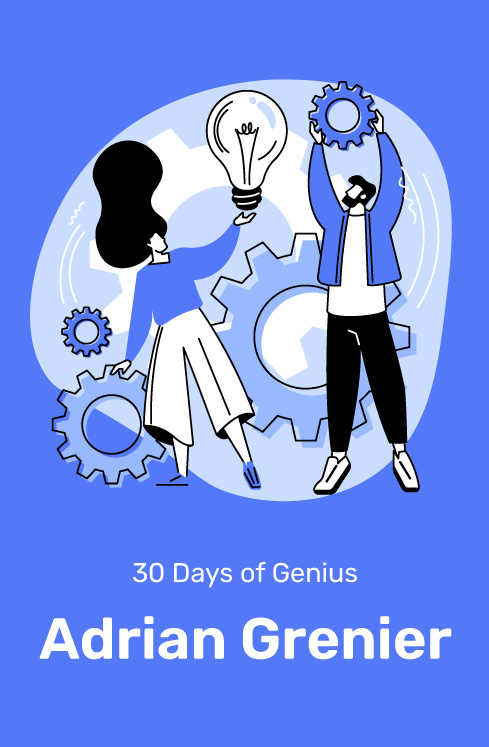 Best known for his iconic role as Vincent Chase in the HBO television series Entourage, Adrian Grenier is a multi-talented creative driven toward environmental justice. Grenier's starring roles across film and television also include work behind the scenes, where he produces and directs documentaries with a social conscience.

In his 30 Days of Genius series, photographer, author, and CreativeLive co-founder Chase Jarvis interviews some of the most compelling personalities in fields from business and sports to arts and culture. In this interview, Grenier describes how he's been able to maintain his social and ethical values in the success-driven world of Hollywood.

From his time in the acting spotlight to his entrepreneurial work, Grenier reflects on his efforts to foster community and creativity through a commitment to protecting our planet.

Download Uptime to get the key insights and actions from 30 Days of Genius: Adrian Grenier

"We're on parallel paths with the planet. The wants and needs of marine wildlife are our own. We want connection, companionship, and a healthy, clean environment."