One of Britain's best-known scholars shares her thoughts on women's struggles for power in modern Western society, by demonstrating just how deeply influenced we still are by ancient, patriarchal narratives. 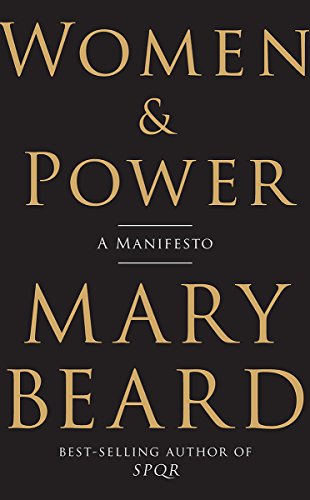 Contemporary Western culture is an intricate recipe thousands of years in the making. In Women & Power, Mary Beard explores one of Western culture's most pervasive ingredients: silent women.

Drawing on a lifetime of study and her position as a prominent classicist, Beard references an array of writings, paintings, and decorated artefacts to highlight how women have been suppressed by patriarchal societies since the times of Ancient Greece.

Starting with Homer's Odyssey - with Telemachus telling his mother Penelope that speech was the business of men - Beard argues that we can better understand the position of women in present-day Western culture by looking back in time.

The book features two lectures that Beard gave for the London Review of Books, as well as a substantial afterword. The lectures are The Public Voice of Women (2014), in which Beard places women's struggle for power in the arena of public speaking, and Women in Power (2017).

Women in power are seen as breaking down barriers, or alternatively as taking something to which they are not quite entitled.