This on-the-ground documentary, released in 2015, charts Ukraine's Euromaidan protests from 2013 to 2014. 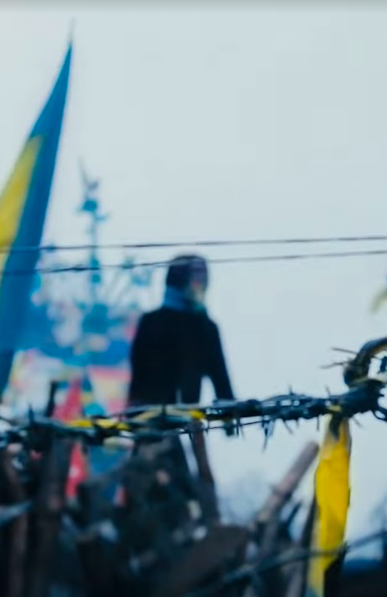 Throughout history, many citizens have felt like they were at the mercy of their leaders, powerless against forces they couldn't influence or even fathom. But what happens when our leaders begin killing peaceful civilians during a protest? Winter on Fire offers a visceral insight into one city's response.

Russian-born filmmaker Evgeny Mikhailovich Afineevsky has since directed the acclaimed documentary Cries From Syria, which was released in 2017. Filmed between November 2013 and February 2014 during what became known as Ukraine's Euromaidan uprising, Winter on Fire was nominated for Best Documentary Feature in 2016.

Through eye-witness testimonies and intimate battle footage, the film depicts a nation at war with its government.

Today all of us are here, regardless of our political views, people from different cities, from all over Ukraine, speaking different languages. We all came here to fight for one thing: for our freedom, our dignity. Ukraine, we are all together.