Political journalist Isabel Hardman examines the flaws in the U.K. parliamentary system and its culture that excludes talented people from participation and turns promising candidates into bad politicians. 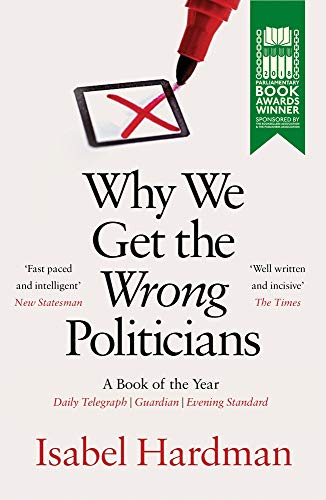 The level of trust in the United Kingdom toward Members of Parliament has never been lower. Only 21% of British people trust politicians to tell the truth — even lower than bankers or journalists. But why doesn't the public trust the leaders they elect?

As a political journalist and assistant editor of The Spectator, Isabel Hardman has seen the effects of ill-thought-out legislation and destructive factional politics. Although we may assume that the problem is that our politicians are ethically and temperamentally wrong, Hardman argues that the truth is much more complicated. In this book, Hardman explains why the real problem lies in Parliament's culture, structure, and the vicious circles they create.

Cultures are more dangerous than individuals: they continue with each changing of the guard of bad guys, and are so pernicious that even those employed to scrutinise them can sometimes miss what's going on or fail to recognise how bad their effects are.