First published in 2017, this book addresses America's widespread misunderstanding of Islam through a close study of its most holy book, the Qur'an. 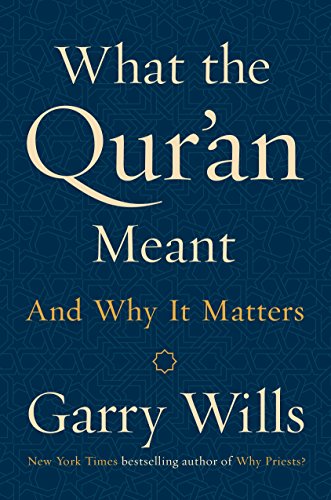 Post 9/11, Islamophobia has been at an all-time high in America. Studying the Qur'an is a means of undoing numerous incorrect ideas about Islam's fundamental nature.

In fact, it is possible to find in the Qur'an a great deal of similarity between its teachings and those of other Semitic traditions; its primary message is one of mercy and righteousness.

The Qur'an is Islam's most holy book which, according to Islamic tradition, was revealed by Allah to the final prophet Muhammad directly through the angel Gabriel between A.D. 610 and 632. Garry Wills is a Pulitzer Prize-winning historian, who studied for the priesthood and authored numerous books on Christianity.

We should not let our own extremists define Islam solely in terms of their extremists—which is not only an unjust but a dangerous course of action.