Using the letters Vincent van Gogh wrote to his brother Theo, Deborah Heiligman sifts through the myth to create a visceral biographical portrait of the well-known artist. 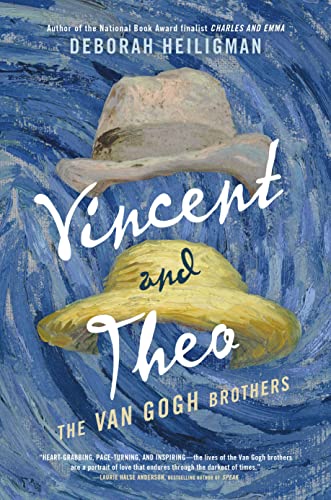 Perhaps one of the most well-known painters in history, Vincent van Gogh is unfortunately remembered as much for his depressive episodes as he is for his art. But the artist was not an unhinged genius in isolation – he was a compassionate man with a brother who was unwaveringly devoted to him.

In this book by Deborah Heiligman, we have a chance to see van Gogh through the lens of the relationship that shaped him most. An accomplished author of young adult fiction, Heiligman has also written several biographies and contributed to publications like the New York Times. Drawing on the 651 letters between the artist and his brother, Vincent and Theo: The Van Gogh Brothers pushes past the myth to see the humanity beneath.

Who a person becomes later in life, how he lives, how he dies, clouds people's memories of him, spinning and skewing - distorting - their portraits of him as a child. But we will draw Vincent as clearly as we can.