Utopia for Realists presents a case for progressive policies like a universal basic income, open borders, and a 15-hour workweek for an equal and better world. 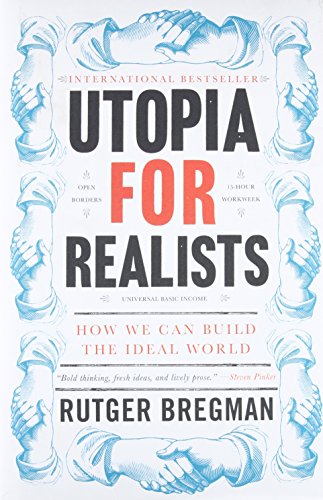 Ideas like a universal basic income, a 15-hour workweek, and open borders may sound like a pie-in-the-sky fantasy. But for at least some serious thinkers, such seemingly utopian ideas are just the practical solutions our world needs.

Rutger Bregman is a Dutch historian and author whose work has been acclaimed by The Guardian and the BBC. Bregman's 2017 TED Talk entitled Poverty Isn't a Lack of Character; It's a Lack of Cash took the internet by storm.

In this book, the author argues that if we look beyond the skewed lens of ideology, policies dismissed as unrealistic are actually achievable. Utopia for Realists shows that many progressive policies are not only attainable, but also efficient solutions to problems like world poverty, the mental health crisis, and discrimination.

True leisure is neither a luxury nor a vice. It is as vital to our brains as vitamin C is to our bodies.